Of Mice and Men: Man booked for water-torturing rat to death in running drain, autopsy ordered

New Delhi: In a bizarre case of animal cruelty from Badaun district of Uttar Pradesh, police booked a youth for allegedly torturing a rat and subsequently killing it.

The accused Manoj was arrested and questioned for over 10 hours in the police station, reports said.

The matter came to light after Vikender Singh, an animal lover and president of an animal welfare organisation, lodged an FIR with the police.

How was the rat tortured, killed?

Vikender Singh alleged that Manoj hoisted the rat from a stone tied to its tail and water tortured it, dipping it repeatedly in a running drain. The rate subsequently succumbed to the torture and died. When people around the accused objected to his cruelty, Manoj allegedly threw the rat into the drain again.

The complainant also attached a picture of the rat’s body tied to the stone. He alleged to have received the information about the incident from locals, who fished out the rat’s body from the drain. 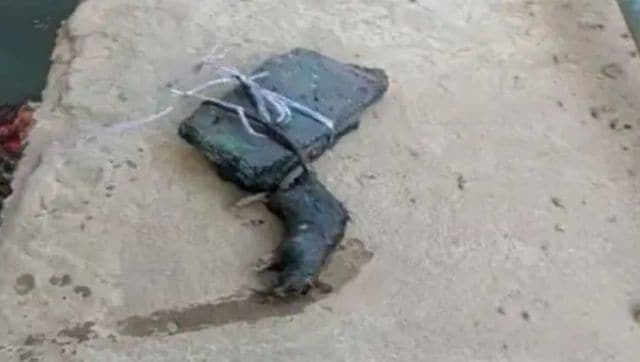 Based on the complaint and the circumstantial evidence, police registered an FIR against Manoj under relevant sections of the Cruelty to Animal Act.

Later to collect further evidence, Singh, the complainant, insisted the police conduct an autopsy of the deceased rat.

However, the entire cost of the autopsy was borne by the complainant Vikender Singh.

He told media that since there was no ambulance, he paid Rs 1500 for an AC car to transport the rat’s body from Badaun to Bareilly, about 50-km away.

The air conditioned car was reportedly availed by Singh to ensure that the rat’s body did not decompose.

Singh also paid an Additional Rs 225 for the autopsy at the post-mortem house in Bareilly, reports said.

The report of the autopsy is due by the next week.

Deputy SP (City) Alok Mishra said that a case has been registered against the accused at Sadar Kotwali police station under section 429 of the IPC and section 11(1) of the Cruelty to Animals Act.

What is animal cruelty and punishment

1. Any animal killed with cruelty or by suffering, then there will be jail.
2. There is a big difference between killing an animal or killing it through cruelty.
3. If there is no pain, then there will be no jail. For e.g: through medicine.
4. Can’t give pain to any animal unnecessarily or for your entertainment.

Killing an animal could land an offender 3 years in prison along with a fine of Rs 10,000.